So, real quick, how many beers did you throw back this past Sunday for Sunday Night Football? How many of those beer cans had your favorite team on it? Whether you are a Panthers fan or were betting on the Bronco’s to take home another win last Thursday, nothing beats celebrating the new season better than enjoying a beer that brings fans closer to their teams!

The NFL sponsor Bud Light helped fans kick off the season right, by decking out its beer cans in NFL team colors and logos. Bud Light deems this season ‘your can’s year’ with marketing that brings their brand off of our coffee tables and onto the football field.

In its latest TV spot which aired this past Thursday, Bud Light merges the concept of your team with ‘your can’, making football and Bud Light two in the same. It’s genius! This football season Bud Light has made it’s beer a necessary compliment to your NFL experience.

This marks Bud Light’s second season giving us team-specific cans. Last year’s campaign was a hit, and was received in such a way that made it impossible for Bud Light not to run it back for the new season!  They’ve even stepped their game up with a new design from last year’s cans, with the intention of focusing in more on the fan and his or her team. Bud Light has given these team inspired cans a more minimalist design from last years can, leaving nothing to distract you from enjoying your beer and your team.

So even though nothing can compare to the perfection that was the Samuel L. Jackson Beer campaign…

Bud Light definitely started this football season off right with the relaunch of their #MyTeamCan campaign.

We're not around right now. But you can send us an email and we'll get back to you, asap. 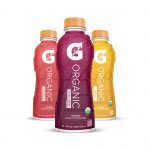 Gatorade Spills Over into the Organic Foods MarketBranding, Marketing Strategy